Earlier this week I had the pleasure to give the closing address at the National Digital Forum’s annual conference in Wellington. As the outgoing chair of NDF’s board, I felt truly honoured to be able to speak to such a wonderful group of people. Here’s what I said.

First up I’d thank you all for being here in what for many are trying and tense times. It’s a testament to the quality of the conference and commitment of the conference organisers, speakers, and all of you that we’re here, together, sharing this event.

Your presence and the point of so much that we’ve heard over the last two days shows that people matter – the people here and the people we serve.

I’ve been involved with NDF for 5 years, over that time I’ve done worked on the conference and most recently as chair of the board. In that time I’ve met wonderful people and contributed to an incredible community.

But I’d like to speak not as the board’s outgoing chair or as a staff member of a particular organisation. I’d like to talk simply as a person who’s privileged enough to be able to address this audience at the end of one very strange year.

We probably all remember this man… 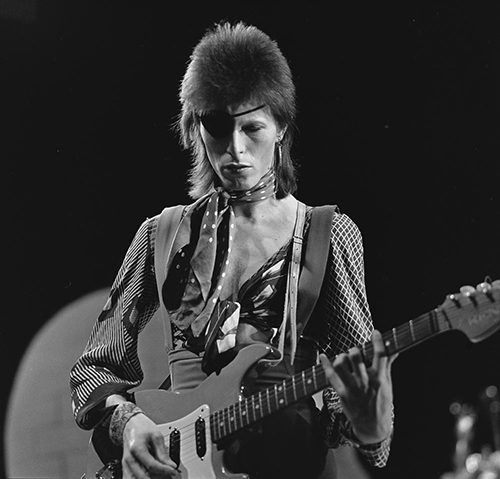 and this one too… 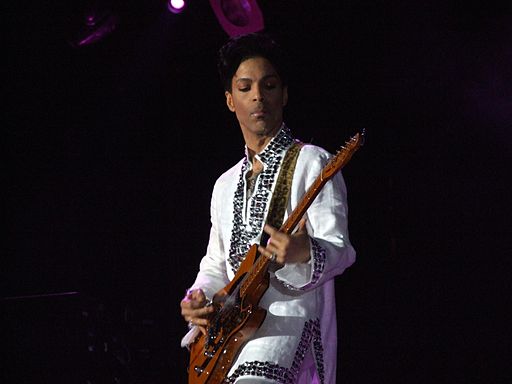 Their deaths were sad events for many who saw in them creative genius that spoke to the great variety or humankind.

We can only read so much into celebrity deaths. But as Matariki Williams said yesterday, things have changed this year. The likes of Nigel Farage, Boris Johnson, and now Donald Trump, have unleashed an assault on human decency the likes of which we haven’t seen in decades.

We can argue about the future of parliamentary democracy or the validity of neo-liberalism, or the breakdown of progressive politics. But I think what we can all see is a fractured world of increasing inequality and division.

Much of this we watch from afar, and hope or think that we’re safe. But it’s at door too. We have – after all – people sleeping in cars.

More recently we have reports of increased racial abuse – not just out there – but here in New Zealand, emboldened by events overseas.

And just last week, Brian Tamaki thought it was ok to blame a natural disaster on sexual orientation among other things. 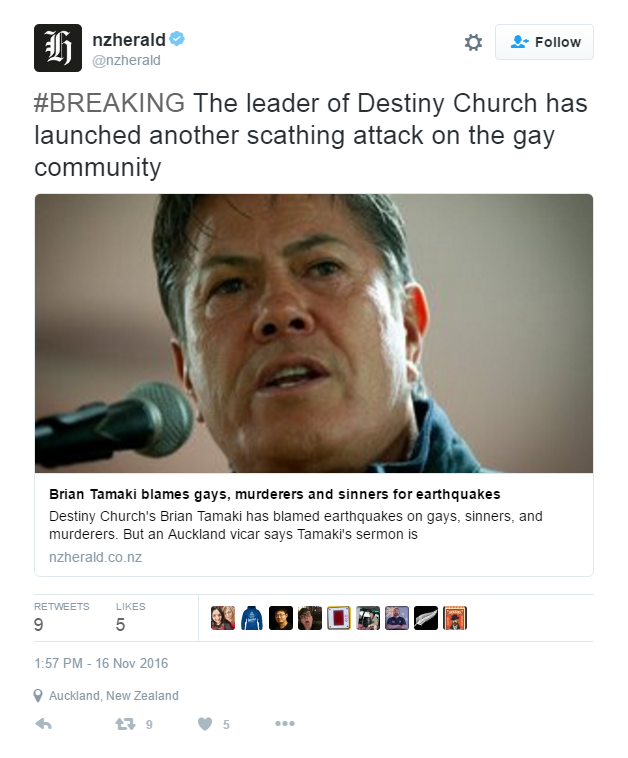 It’s the sort of abuse I’d hoped we were starting to put behind us. We’re not immune. We’re part of a global community and share many of the good and the bad with other countries.

This is the BAE share price reacting to Trump’s election. 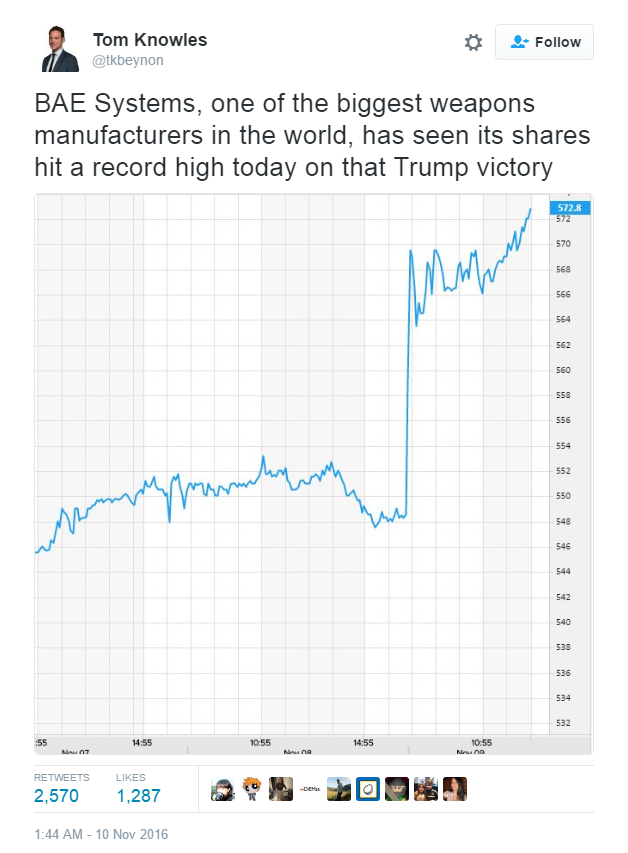 That’s the big jump. What does this say about the potential for conflict in our world? Right now it’s anyone’s guess but it’s not a good sign that the world’s most powerful leader-elect inspires such confidence in the weapons industry.

This is voter turnout in the US election. 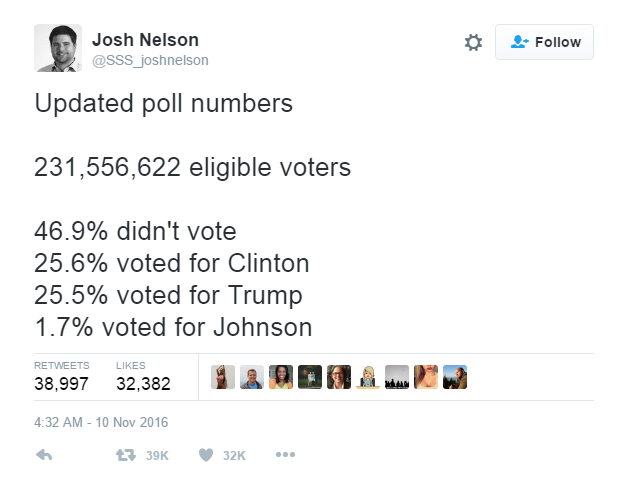 The figures have probably changed a bit since this post, give or take, but over 100 million Americans didn’t vote. 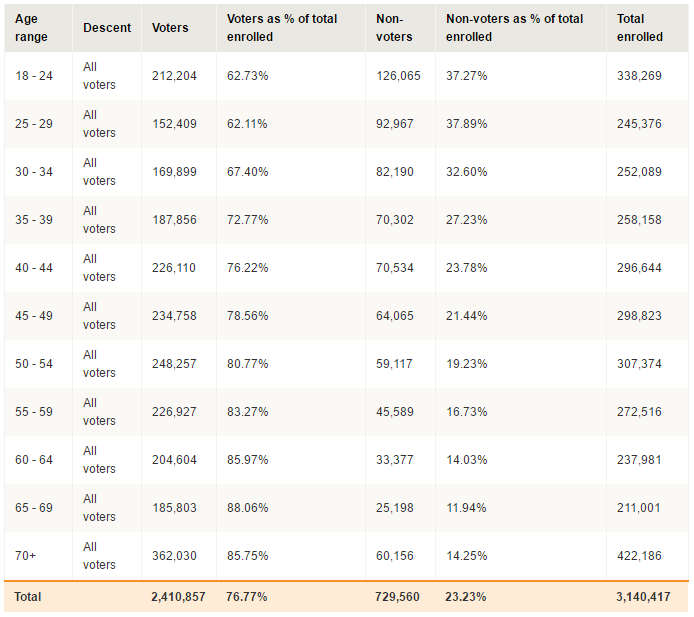 Smaller scale and smaller percentage, but still over 700,000 who didn’t vote. That’s disengagement on a huge scale.

So what do we as a sector do? 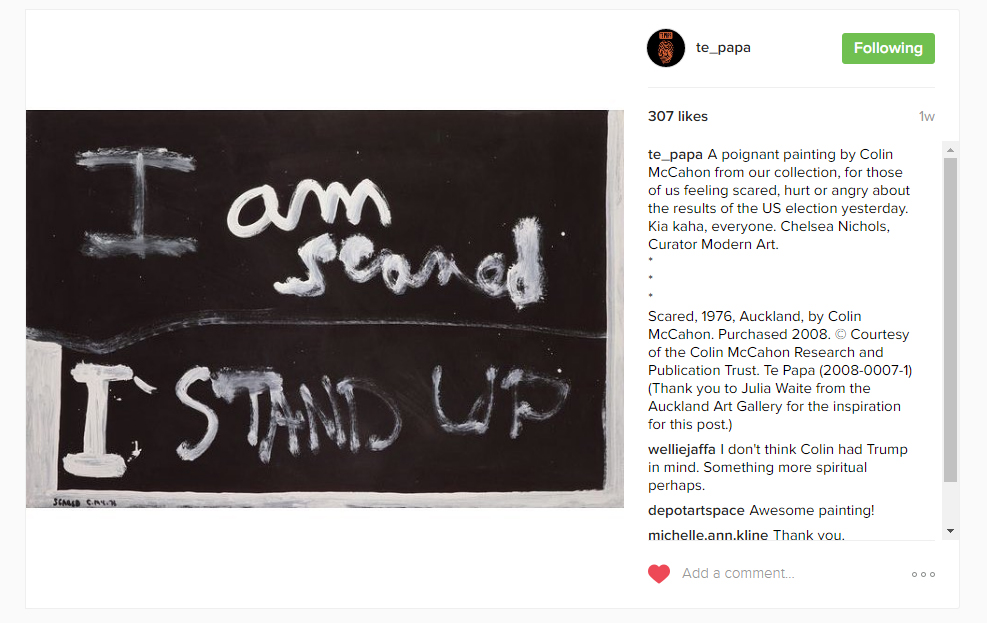 We probably won’t solve homelessness or change voter patterns. But can we help to create a society that people want to belong to? And reach out as a society and invite people back in?

We need to look to our organisations and ask:

What is the work that connects us most strongly with all New Zealanders?

Are our education and community programmes as good as they can be?

Are we working with the right organisations to target those most at risk of disengaging?

Are we reaching the disadvantaged, the vulnerable, the forgotten? (And it was great to hear Robyn Hunt remind us yesterday that we’re here for all people.)

Are we providing spaces for people to tell their stories and valuing the contribution they make?

We need to see our role as central to working with communities, with people, and doing all we can to halt and repair the sort of social breakdown we’re witnessing.

New Zealand is so well positioned to rise to this challenge.

I turn to our Treaty of Waitangi. It hasn’t been honoured properly but reparations are at least heading in the right direction. And what it signals is a commitment to partnership that we all need to honour. It’s in our interests to learn from each other, if for nothing else than to look to Ngati Whaatua’s response to homelessness and Ngai Tahu’s response to the recent quakes. 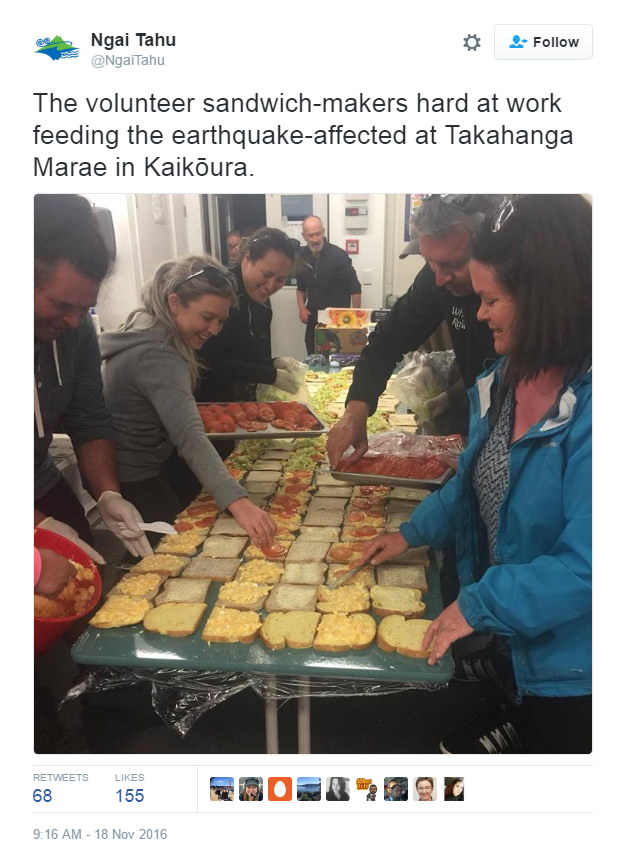 To honour that partnership, Takarei Norton’s talk this morning pointed to us being open with our collections for communities like Ngai Tahu to use them. It’s a really useful place to start – partnership based on what you can right now to help.

The recent interest in the New Zealand Wars shows a real thirst to explore and understand, recognise and acknowledge, what Māori suffered in the colonial period and think about how we move on as a country from that.

And 2018 will mark the 125th anniversary of women’s suffrage. It’s a chance to celebrate certainly, and talk about democracy and voting. But it’s also a chance to talk about income inequality, domestic violence, systemic sexism, and what we want to do about those issues.

These are real conversations that as a sector we need to be involved in. What’s the contribution we can make to support and nurture those conversations, ensure voices are heard, combat a post-truth world, make people listen to the lessons of the past?

This isn’t about making ourselves relevant. We need to get past arguing that we’re relevant and just be relevant. Relevant to building social cohesion, and a shout out to Mark Crookston for talking about this and Treasury’s Living Standard’s Framework. It’s a tribute to New Zealand that public servants, even in Treasury, actually think about social cohesion as being important. Similarly Lillian Grace talked about how she hasn’t met a person yet who doesn’t care about our country’s future.

Our sector has a role here, in building a society where people want to look after each other, and where hate can’t survive.

One thing’s for sure, it’s about building and celebrating community, and with that we turn to celebrate some of the people in our community with our second annual awards.

We closed the conference be presenting awards to our community. Check out the NDF Awards page for this year’s winners.