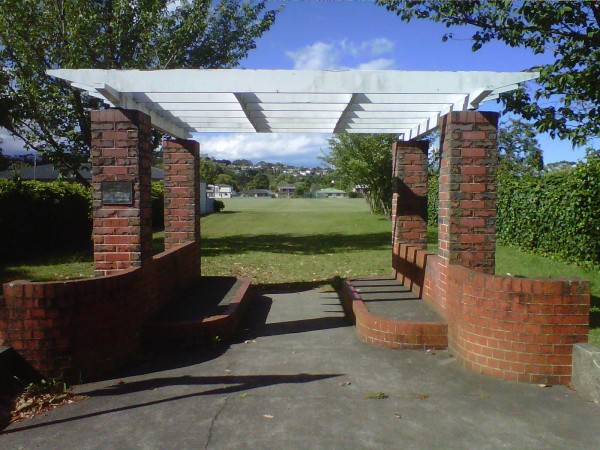 Marewa, where we stayed, was a lot like bits of Palmerston North I grew up in, on the border of Awapuni and not far from the harder edge of town in Highbury. Like the rest of central Napier, there’s a lot more art deco than you’d find in other cities, but the neat lawns, lemon trees, playing fields and boys in cars had that same feel as cities like Palmerston North. 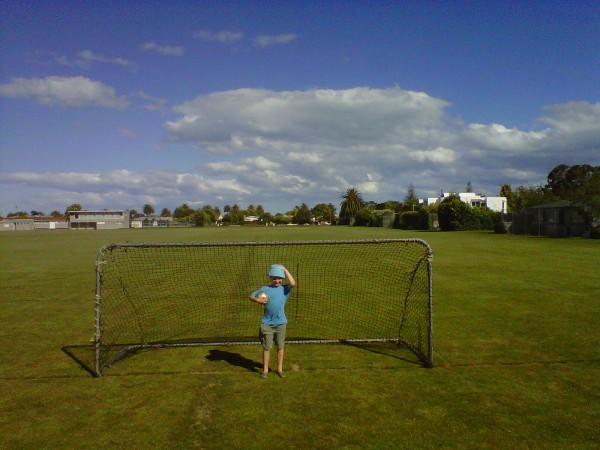 The National Cafe is a nice deviation from the art deco norm, though typical in its own way as one of the many additions and alterations to the original 1930s architecture. Marewa was the same and I wish I’d photographed the aluminium glazing and 1960s weatherboard additions. 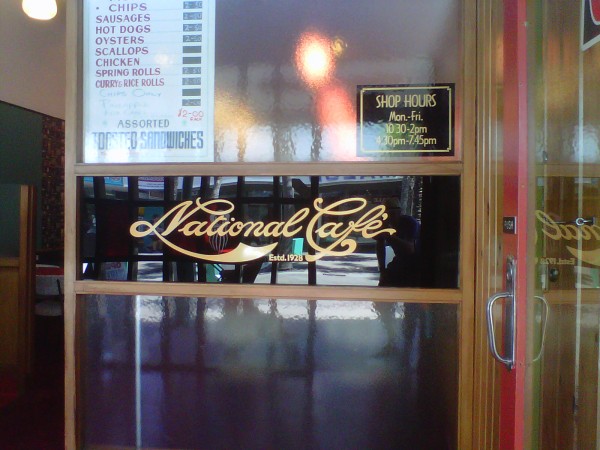 The peak of our trip for our seven year-old. It was ok. 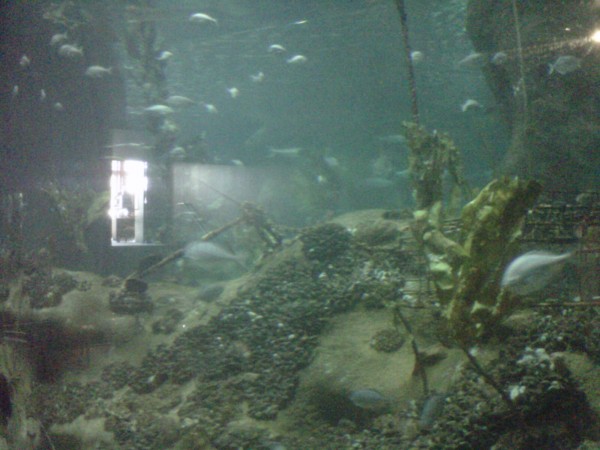 Further down the road was the Millennial Arch, not exactly a work of great beauty, but interesting in its celestial trickery. 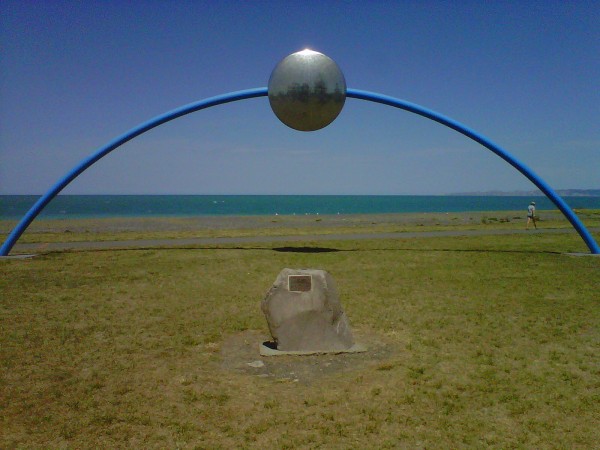 Napier’s cathedral, Waiapu Catherdral St John the Evangelist, was one of the highlights of the trip. I visited it with my mother a long time ago. Its soft pastel colours, striking verticals, and modern windows are truly awesome. 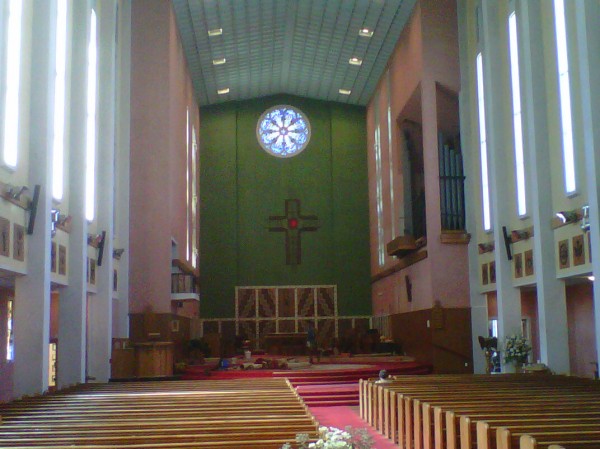 According to the cathedral’s website, “The preliminary design was by Mr R.S.D. Harman of Christchurch, and after his death Messrs. Malcolm and Sweet, of Napier, prepared the final design, with A.B. Davis and Son doing the construction.” Harman seems to have been involved in a number of church commissions, though I can’t find any others as modern as Napier. 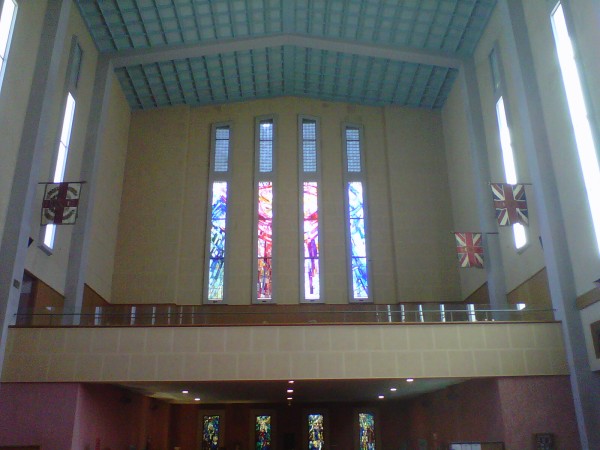 Continuing the religious theme, I found this bizarre example on a run through the borderlands between Marewa and Maraenui one evening. 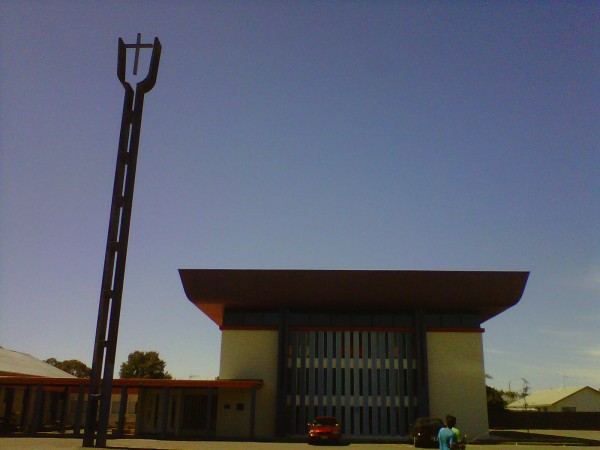 And here, near the end of the trip, the boys finally allowed us a meal in a vineyard. It was hot and dusty, and we took comfort in the shade netting. 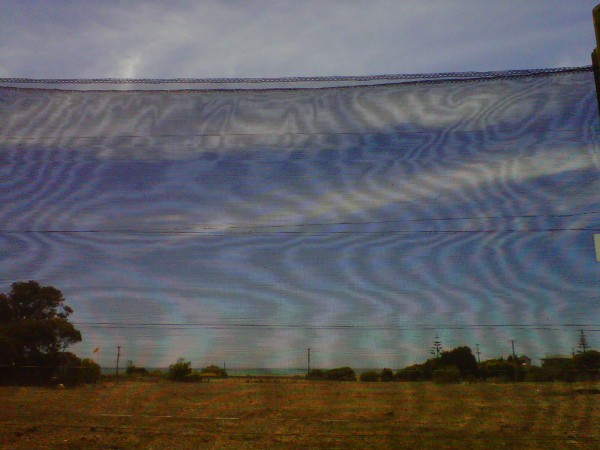