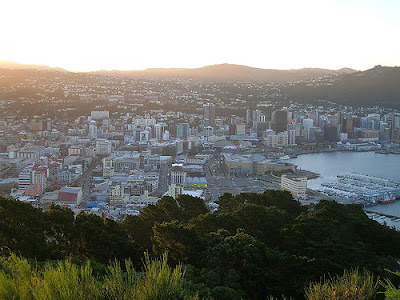 I took a few weeks off after the last half-marathon but have been picking things up again over the last few weeks.

I’m currently trying to work my way up to 70 or 80 kilometres a week and have gone from 50 to 57 to 68km in the week just ended. Ran my first 25km run at the weekend as well. Will try to cover about 40km over 4 or 5 weekdays and then build up to running the balance at the weekend – a main run on Saturday and a possible recovery run on Sunday. Will cut back this week to about 60km with a 20–22km long run at the weekend before building up again for a couple of weeks.

Worked out a good 12km run late last week up to the top of Mt Victoria via Carlton Gore Rd, up to Alexander Rd, then a loop around the lookout and back down the same way. Can cover it in about an hour or so. I’ve finally managed to impress one of the hardcore lunchtime runners who I’ve been running past for months and never managed to get so much as an eyebrow raise. Finally at the top of Mt Vic he’s giving me some respect!

Image above is taken the top of Mount Victoria a few years ago, ‘Cityscape at Twilight’ by flickr@Glutnix, http://www.flickr.com/photos/glutnix/5158360.